By Eric Dulberg and Laura Ellis

On April 12, 2009, on a warm, sunny, breezy morning in the northern plains of India, near Dharamsala, hundreds of people waited for His Holiness the Dalai Lama to arrive to consecrate Lhundrup Chime Gatsal Ling, a new Tibetan Buddhist monastery founded by His Eminence Garje Khamtrul Rinpoche. Garje Khamtrul Rinpoche is a renowned visionary Dzogchen master from the Nyingma tradition of Tibetan Buddhism and a personal advisor to H.H. the Dalai Lama. 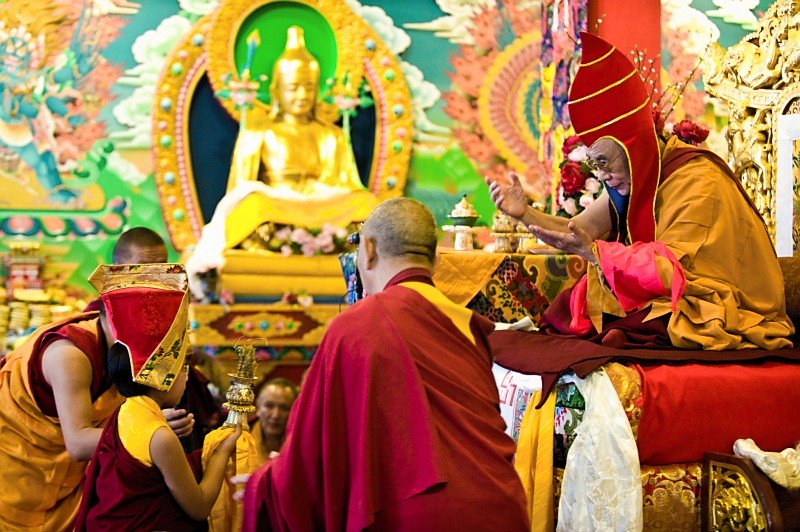 Among the many dignitaries present at this auspicious consecration were all the heads of the Tibetan Government-in Exile, His Holiness the Karmapa, many high Nyimapa lamas and His Eminence Sakya Dhungsey Ani Vajra Rinpoche (second of five sons of His Holiness Sakya Dagchen Rinpoche) and His Eminence Sakya Dhungsey Asanga Rinpoche (son of Dhungsey Ani Rinpoche and Dagmo Chimey Dollkar, eldest daughter of Kamtrul Rinpoche). Dhungsey Ani Rinpoche’s and Dagmo Chimey la’s two daughters were also present, Jetsun Aloki la and Jetsun Mamaki la.

H.E. Asanga Rinpoche, who is now ten years old, has been studying for the past five years at the Tharlam Monastery, a Sakya monastery in Boudhanath, Nepal. As the maternal grandson of Khamtrul Rinpoche, Asanga Rinpoche was accorded the distinct honor of performing in the monastery’s first event, a long long-life ceremony to honor and pay homage to His Holiness the Dalai Lama. 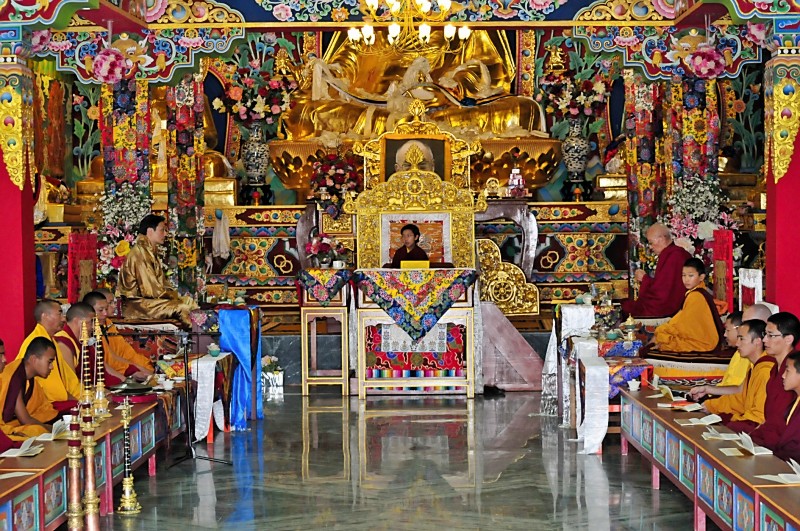 All of us here in Seattle and the West look forward to the day when Asanga Rinpoche returns to the Sakya Monastery here to give teachings, blessings and empowerments.