Teachings in Minnesota and New York, 2010

Upon invitation, H.H. Jigdal Dagchen Rinpoche, accompanied by H.E. Dagmo Kusho, Venerable Khenpo Jampa, Venerable Lama Migmar and I visited Sakya Thupten Dargye Ling in Minnesota on June 4, 2010. When our party arrived, Khenpo Kalsang Gyaltsen and the local Tibetan community gave warm greetings and presented us all with white khatas. We had beautiful accommodations in the downtown area of Minneapolis. 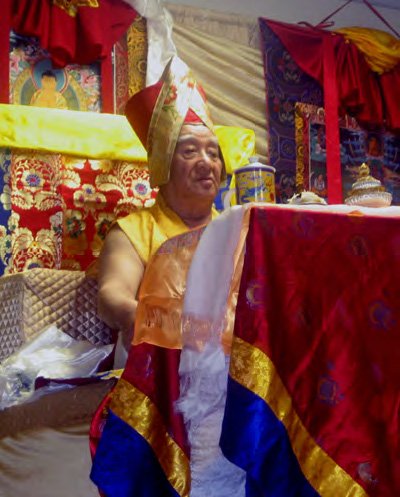 There was much preparation and excitement in the air on the morning of June 7, when Rinpoche performed the consecration of the new Sakya Dharma center. That afternoon, many people received Rinpoche’s blessings through individual audiences.

We then made our way to New York. The Kham Nagchen Nyennga Society had invited Dagchen Rinpoche to perform special prayers for the earthquake victims of Yushu, Tibet. Our group was greeted at the airport by Paltul Rinpoche and many Tibetans offering khatas.

On June 11, our group met at ‘Tibet House’ (founded by Robert Thurman). The Tibet House displays an array of Tibetan artifacts, some of which are quite ancient. We were all happy to meet our old friends in New York City and although New York is busy, we found it quite interesting. Khenpo Pema requested a Chenrezi initiation on behalf of his center and the Tibetan community. Dagchen Rinpoche, attended by Sakya Monastery monks, performed the initiation.

Dagchen Rinpoche, on June 12, performed a Vairocana fire puja for those who died in the Tibetan earthquake. Victims of the earthquake received blessings when their names, written on pieces of paper, were burned at the conclusion of the puja.

On June 13, Dagchen Rinpoche performed Vajrakilaya prayers followed by dedication of merit and Kunrik/Monlam prayers for over 1000 people. Following the initiation, Rinpoche gave a lecture on the importance of preserving Tibetan dharma and Tibetan culture. Dagmo Kusho then gave a talk in Tibetan and English, expressing her sympathy for those who are suffering from the earthquake in Yushu and the benefit that will come from prayers by people of all religions around the world.

It is to be noted as well, that nearly every free moment Rinpoche gave private audiences and advised many people who visited the hotel. At last, on June 14, Dagchen Rinpoche, along with his monk attendants, consecrated the dharma center of the Kagyu lama, Tsewang Rinpoche, in the Fleshing area of New York. The consecration was followed by a dharma lecture for members. 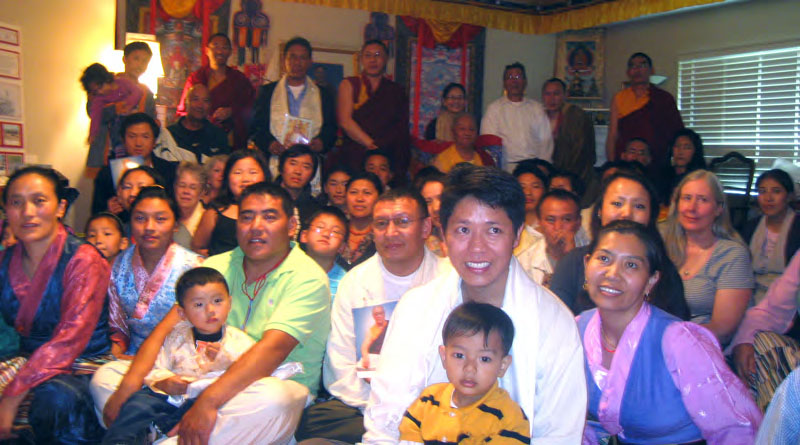 On the evening of June 14, Rinpoche was interviewed on Manhattan Cable Television, speaking of the tragedies of the earthquake victims in Tibet as well as relaying events of his personal life in Tibet.

All of us departed New York City on the evening of June 15 with fond memories of our whirlwind trip to both Minnesota and New York. We landed at Sea-Tac airport a few hours later and together returned to Sakya Monastery.