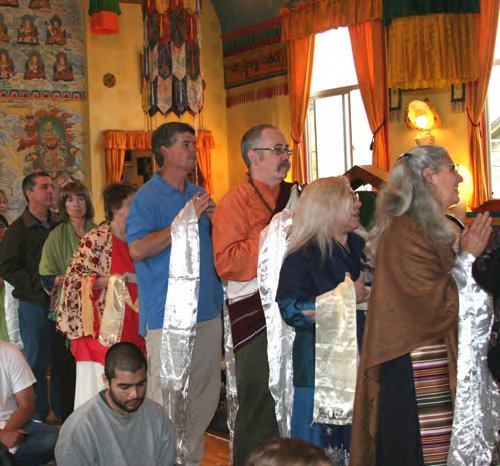 Prayers continued on Sunday, Father’s Day. Again, lamas and monks performed the long life practice and with music and incense, “invited” H.H. Dagchen Rinpoche, “Turner of the Dharma Wheel,” to enter the shrine room with music and incense. The Sakya Dhungseys, Jetsunmas and all Sakya Dagmos were also invited to enter the shrine room. Together with patrons, Larry and Teresa Lamb, and Sakya Monastery members and friends, Dagchen Rinpoche was welcomed to his lion throne.

Venerable Tulku Yeshi then read a passage from Dagchen Rinpoche’s autobiography. This was followed by the formal request for Rinpoche to live long, performed by Venerable Khenpo Jampa. Rinpoche replied that because of the pure intentions of disciples’ request, and because of their prayers and devotion, by that power he said that he will live long. 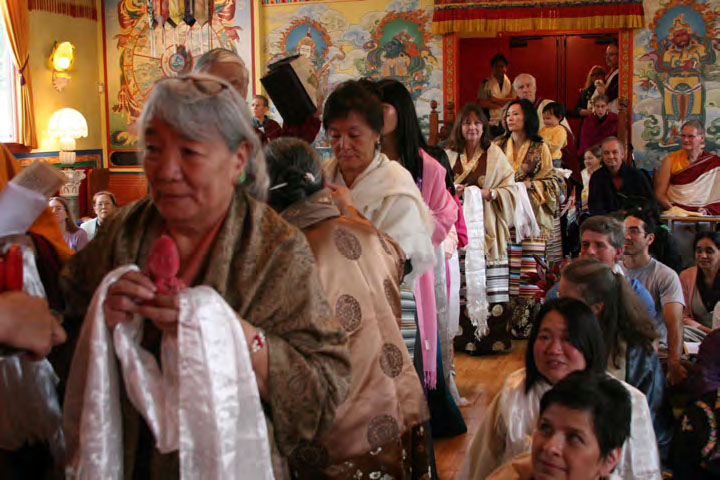 The Tenshug overall went very well and was blessed with auspicious signs and good fortune.