For more information or to arrange for a speaker, contact Adrienne Chan, Co-Executive Director of Sakya Monastery via email at monastery@sakya.org 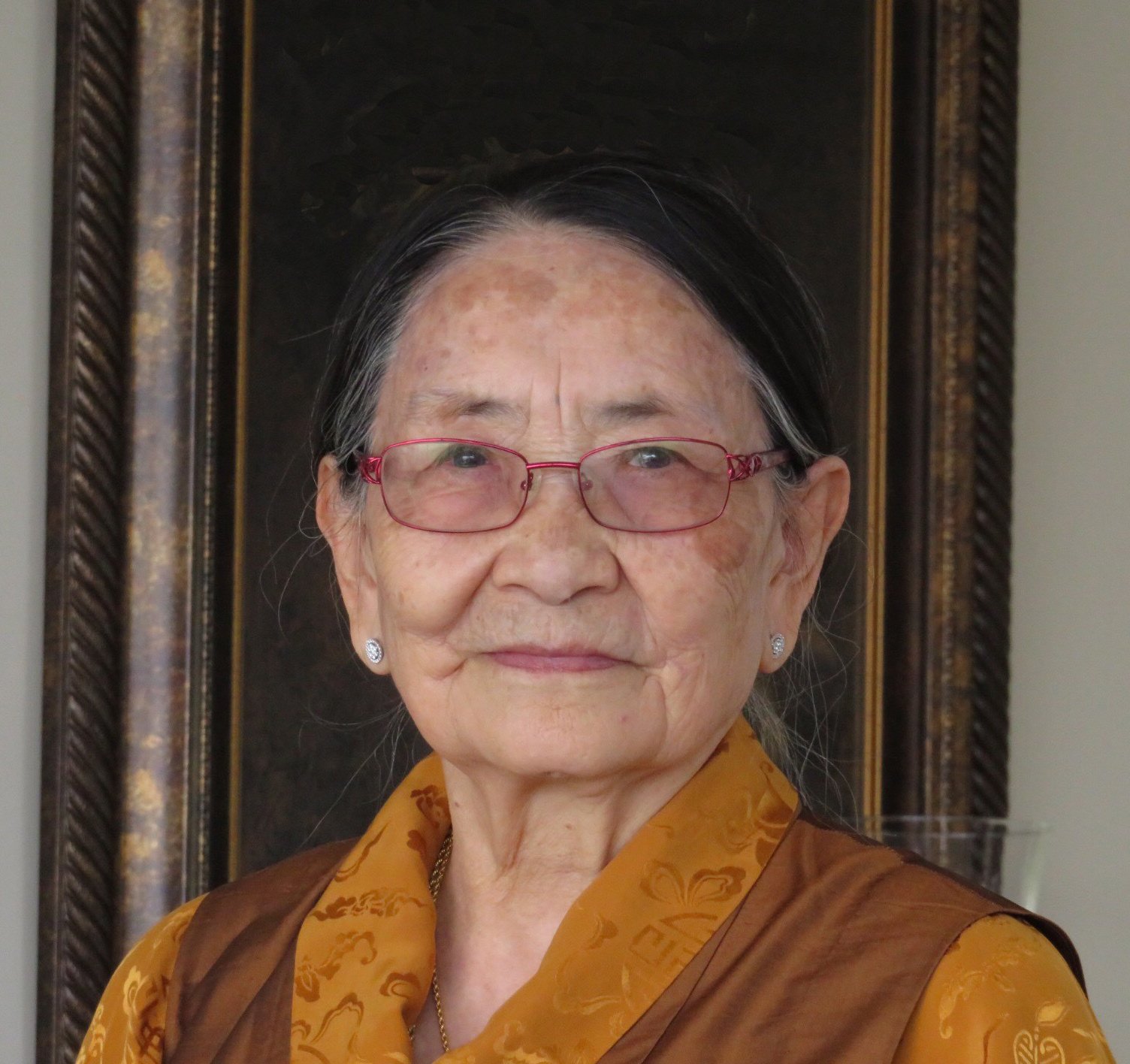 H. E. Dagmo Kusho Sakya, known by her friends as Dagmola, was born in eastern Tibet and is the Acting Head Lama of Sakya Monastery. She was married to our Founding Lama, H. H. Jigdal Dagchen Dorje Chang. In 1959, Dagmola and Dagchen Rinpoche were forced to flee to India and in 1960 they moved to Seattle.  Dagmola is one of the few women Tibetan Buddhist Lamas in the world.  Co-author of the book, Princess in the Land of Snows (http://tinyurl.com/2by4243), Dagmola regularly bestows empowerments and teaches at Sakya Monastery. She has founded the Mother Tara Center/Tara Ling in San Gabriel, California and established centers in Kona, Hawaii; Flagstaff, Arizona; and Mexico City.

Ven. Khenpo Jampa Tenphel comes to Sakya Monastery from Dzongsar Institute in India, where he was the library director as well as a tutor for many years. He received a Degree of Acharya (equivalent to an M.A.) in Buddhist Philosophy in 2002 and was ordained as an Abbott in 2004. He has received many teachings and initiations from all four sects of Tibetan Buddhism (Sakya, Gelug, Kagyu, Nyingma). Many of those teachings and initiations were from H.H. the Dalai Lama and H.H. Sakya Trizin. He has also received the Lamdre teaching from H.H. Dagchen Rinpoche. His root lamas are H.H. Sakya Trizin, H.H. Luding Khen Rinpoche, and H.H. Dagchen Rinpoche. At Sakya Monastery, Khenpo Jampa teaches intermediate and advanced level curriculum on Buddhist philosophy and also serve as the librarian for the growing collection of Tibetan Buddhist scriptures.

Ven. Lama Kelsang was born in 1980 in India. In his early twenties, he entered Sakya College in Dehradhun, India where he took monastic vows. There, he studied Buddhist philosophy for about five years. During these years, he also received empowerments and teachings from H.H Dalai Lama, H.H Sakya Trichen Rinpoche, H.E Luding Khen Rinpoche, H.E Thartse Khenpo, and Khenchen Kunga Wangchok. He next went to Nepal’s Tharlam Monastery and completed a Manjushri retreat for three months. He received the Lamdre from H.H. Jidgal Dachen Dorjechang Sakya in 2007. He was appointed as a Chinese language tutor to H.E Asanga Rinpoche, a position he held from 2008 until 2012. After 2012 he was on a three year retreat. He has completed five times the requisite one-hundred thousand accumulations for the preliminary practices (ngondro) and has also completed the preliminary and main practice of Luminous Great Perfection, and the ritual practices of the Longchen Nyingtik tradition. 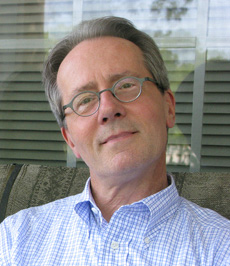 Chuck Pettis has a BA in psychology from Carnegie-Mellon University and an MS in design from Southern Illinois University. 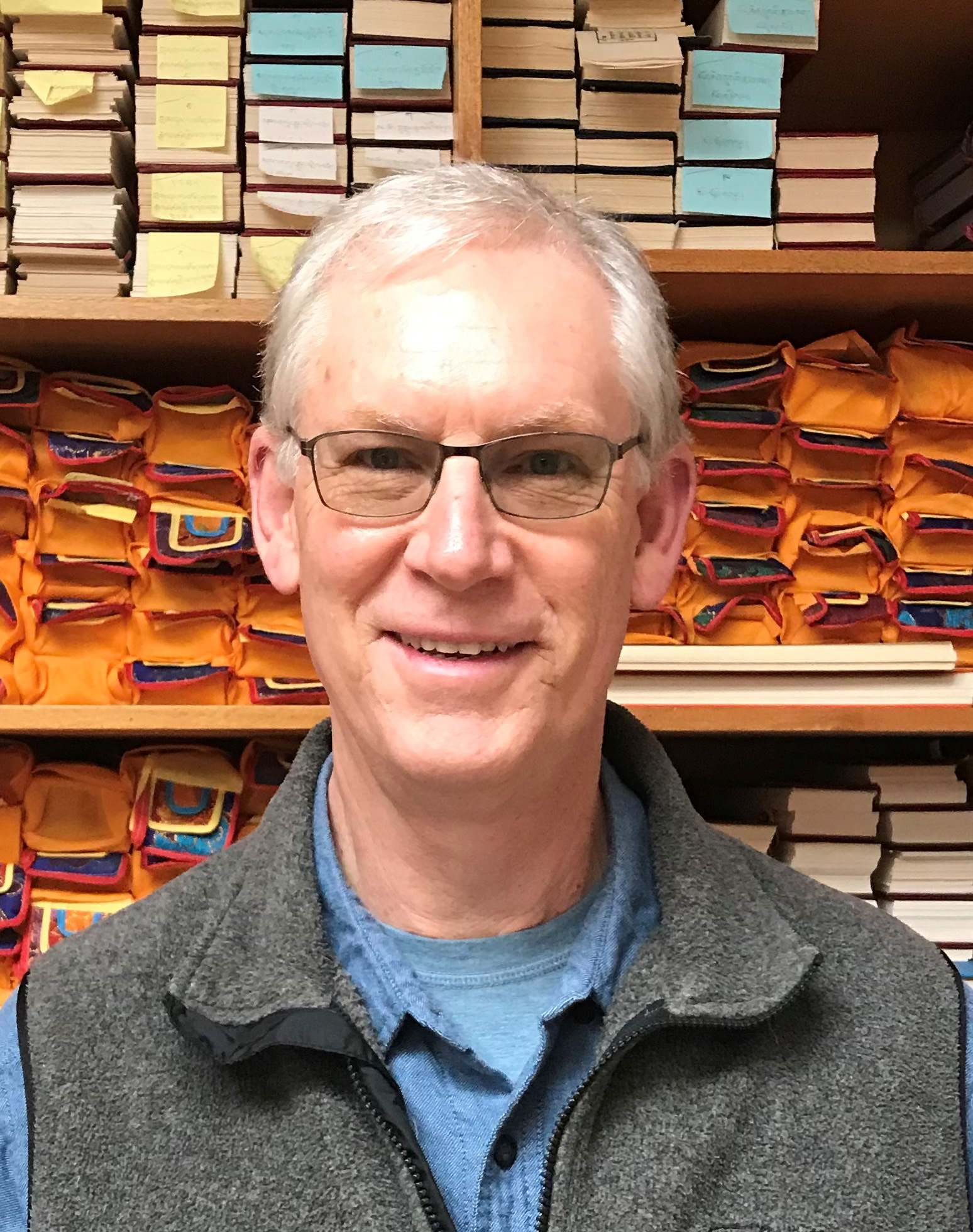 Jeffrey Schoening (Upasaka), holds a PhD in Buddhist Studies, and is a longtime member and interpreter at Sakya Monastery of Tibetan Buddhism. Jeff is the author of The Shalistamba Sutra and Its Indian Commentaries (Vienna 1995), a two-volume study of teachings on dependent arising. He served as a health care chaplain at Swedish Medical Center and Northwest Kidney Center and is currently a private practice spiritual director. 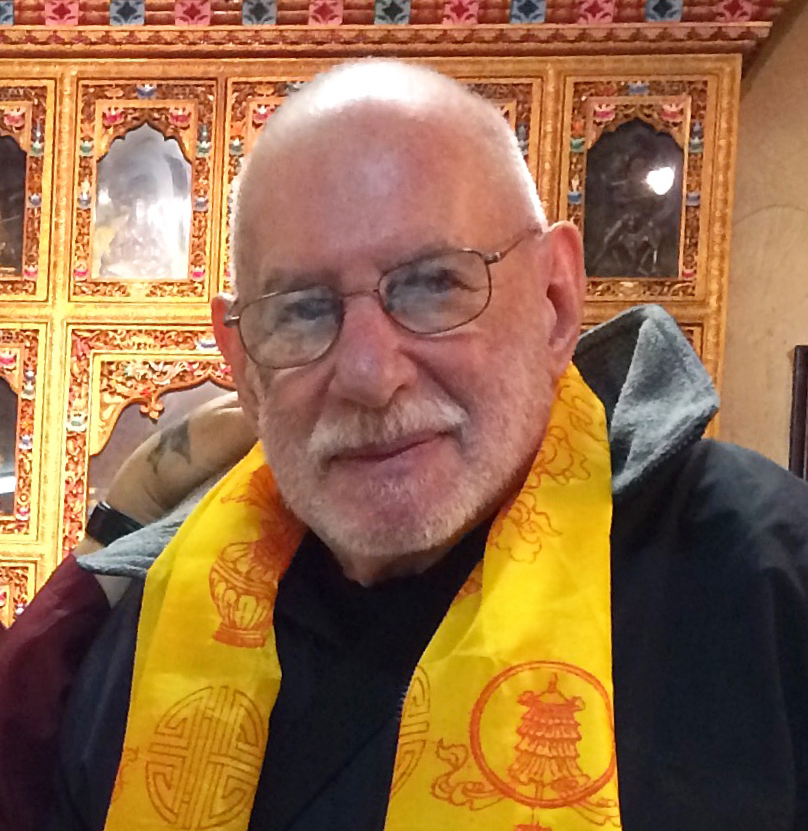 Murray Gordon has previously served Sakya Monastery as the director of Virupa Educational Institute, its educational branch. Currently he continues to teach for VEI, coordinates the Sunday Chenrezi Omzes, darshan tour guides, and translators, as well as lead monastery tours, and speak to outside organization. He was a student of H.H. Jigdal Dagchen Dorje Chang beginning in 1986. Murray is also a published poet and spoken word performer.

Ken Hockett is one of the senior Dharma students at Sakya. After much reading and study, he took refuge before H.H. Jigdal Dagchen Sakya in 1977. His principal interest is in the Mind Training methods and has been teaching these at Sakya Monastery for over 15 years. Having received teachings and initiations from Lamas of all four schools of Tibetan Buddhism, his main teachers are of the Sakya and Nyingma traditions. He has also produces many of the practice texts used at Sakya Monastery.