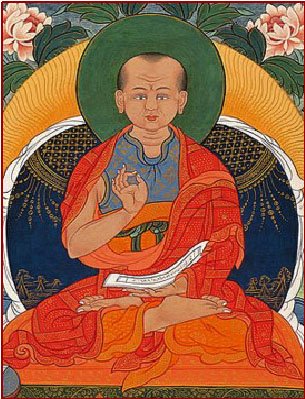 In this teaching, H.H. Jigdal Dagchen Sakya’s grandson, H.E. Sakya Dhungsey Avikrita Vajra Rinpoche, will offer reflections on ancient wisdom for the modern world on transforming the mind.  His teaching on the practical integration of Buddhist teachings for transforming the mind is based on a classic Tibetan text known as “The Eight Verses.” His Eminence will explain the timeless Buddhist practices for how we can overcome anger, anxiety, fear, and awaken wisdom for living a life of compassion and peace.

His Eminence Sakya Dhungsey Avikrita Vajra Rinpoche was born into the illustrious Khön dynasty’s Sakya Phuntsog Phodrang in Seattle in 1993. At the tender age of six, he began his training in India to follow in the footsteps of his noble  forebears. Since that time, he has received an uninterrupted stream of teachings and transmissions from his grand father, HH Jigdal Dagchen Sakya, as well as many high Lamas of the Sakya lineage.

Having mastered all the intricate rituals of the Sakya lineage, as well as completing intensive meditation retreats and presiding as Vajra Master of the annual Vajrakilaya ceremonies in Darjeeling, he enrolled at Dzongsar Institute of Higher Buddhist Philosophy and Research in 2010. There, he is successfully building on his extensive learning in Buddhadharma with a program of study and dialectics to gain proficiency in the classic treatises of the Sakya philosophical tradition. We are very fortunate that His Eminence is taking time out from his studies in India to share his wisdom with us directly into English here in Seattle.