On January 20th Her Eminence Dagmo Kusho Sakya left Seattle for a 10-day trip to Southern California. Her first stop was Santa Barbara where students who hosted the event: Vidya Gauci, James Elliott and Sangay Wangmo, warmly received her.

Dagmo Kusho gave a very special teaching on the classic Sakya treatise known as “Parting from the Four Desires”, as requested by Dr. Alan Wallace. His translations of dharma teachings are absolutely clear and brilliant. During the next few days, Dagmo Kusho bestowed the Four Armed Chenrezi Initiation and gave teachings on the Chenrezi practice, “An Ocean of Compassion”.

Dagmo Kusho left Santa Barbara for Malibu where she was welcomed at the home of her long time student and friend, Carol Moss. In Malibu Dagmo Kusho gave teachings on the Chenrezi practice, “An Ocean of Compassion”. 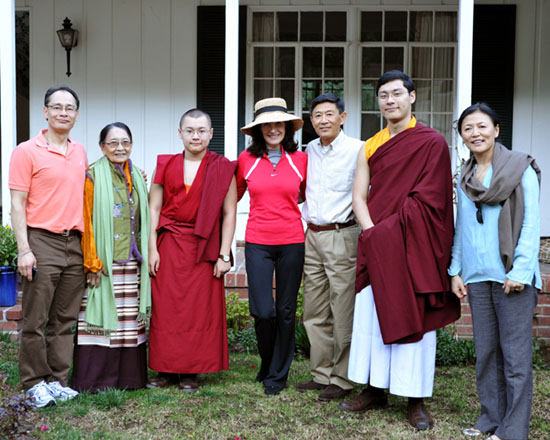 While in Malibu Dagmo Kusho was invited to the Malibu Lagoon Park where many animals and birds are living.  Local residents and the students joined Dagmo Kusho in saying prayers for all the living beings in the park. 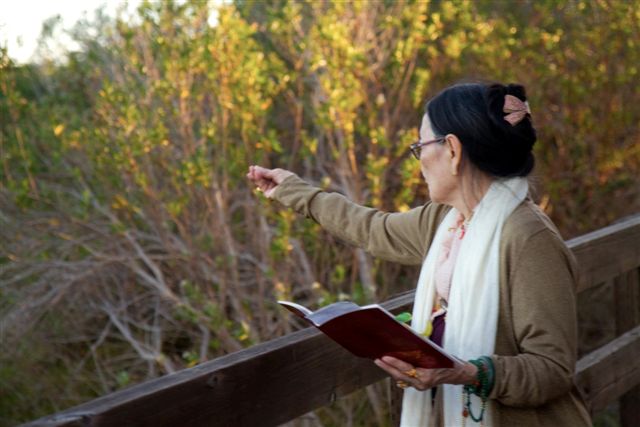 Dagmo Kusho would like to personally thank all of her faithful students and friends who helped with cooking, shopping and driving, and especially Jeaneen Bauer and Vidya Gauci for their tireless and enthusiastic help with driving her and the Sakya family during their ten day stay in California.

It is always a joyful experience for me to accompany H.E. Dagmo Kusho on her travels. I am deeply appreciative of the profound teachings which serve to deepen my practice and compassion.