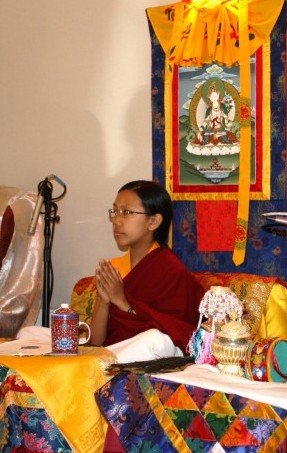 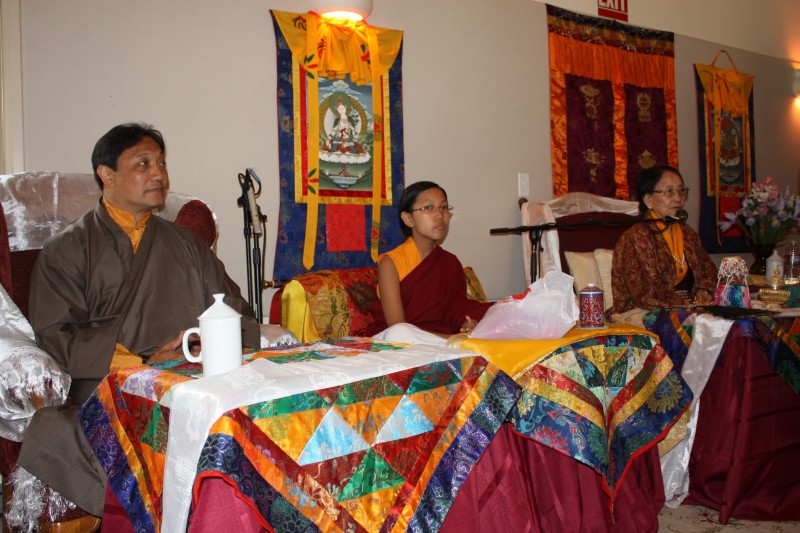 During his time in sunny California, on August 1st, Asanga Rinpoche bestowed the Oral Transmission on the Aspiration of Samantabhadra, regarded as the King of Prayers, and gave teachings about it at the Tara Center, Dagmo Kusho’s center located in San Gabriel California. 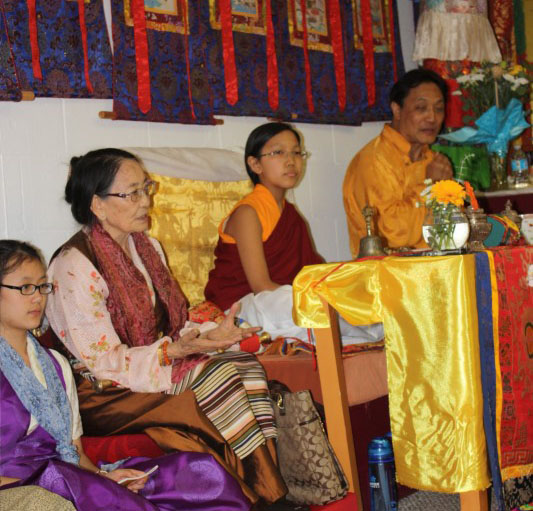 The Sakya family was warmly received there by their hostess Maria Shaw and Jeffery Chung who manages Dagmo Kusho’s center. The mostly Chinese followers at this center were very pleased and impressed to have Asanga Rinpoche teach and give them blessings, especially for someone so young in age. 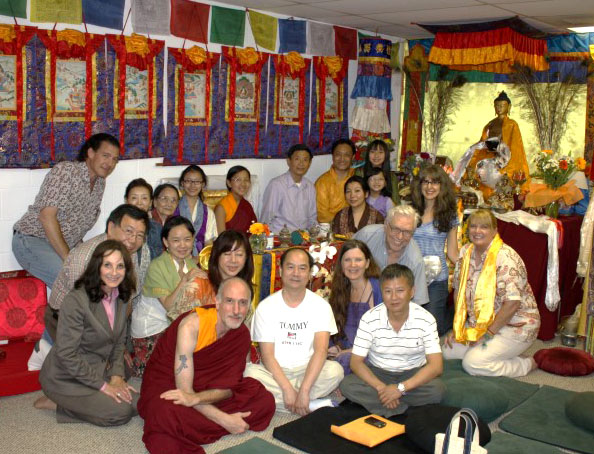 On August 5th, at the Tara Ling Center in Santa Barbara, Asanga Rinpoche gave a Teaching on the Significance and Meaning of Taking Refuge as well as bestowed the Oral Transmission of Manjushri and led the congregation through the sadhana practice. As a Sakya Khön Lineage Holder and an emanation of Manjushri, Chenrezi, and Vajrapani, giving this oral transmission was auspiciously appropriate and was a great blessing to the congregation of devout Buddhist students. During the California trip, H.E. Dagmo Kusho also bestowed a White Tara Initiation and gave teachings to her students in San Gabriel and Santa Barbara. The teachings in Santa Barbara were organized by Dagmo Kusho’s devoted student and leader of the Tara Ling Santa Barbara, Vidya Gaucci and the family was hosted by Joel and Joanne Shefflin who opened up their beautiful home to the entire Sakya family. 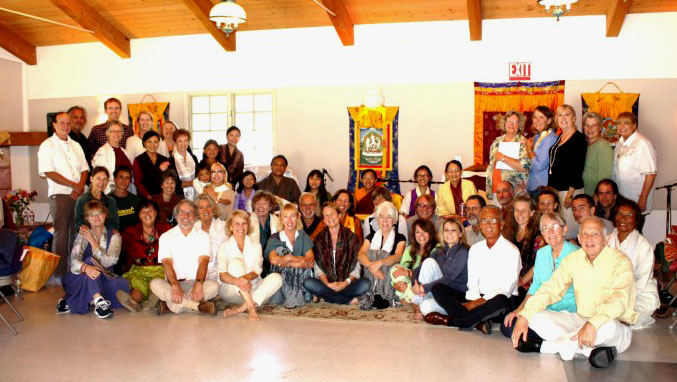 This was the first time Asanga Rinpoche gave teachings in California and the leaders and followers of both centers expressed a strong and sincere wish that he return to give more teachings in the near future.

Together with his family, Asanga Rinpoche visited Disneyland, Universal Studios, The Getty Villa and enjoyed the sunshine of beautiful Malibu beach where the family spent the remaining days of the California trip at the home of longtime friend of the Sakya family, Carol Moss. Carol graciously allowed the children (and adults young at heart!) to play at her beautiful beach front home for three glorious days. While in Los Angeles, Asanga Rinpoche was able to spend time with his uncle, His Eminence Khöndung Minzu Rinpoche and his wife, Dagmo Carol Hamilton at their home in the Beverly Hills where the family spent a lovely day enjoying a barbeque beside their pool. Asanga Rinpoche also played the piano for the family while family members joined him in song. 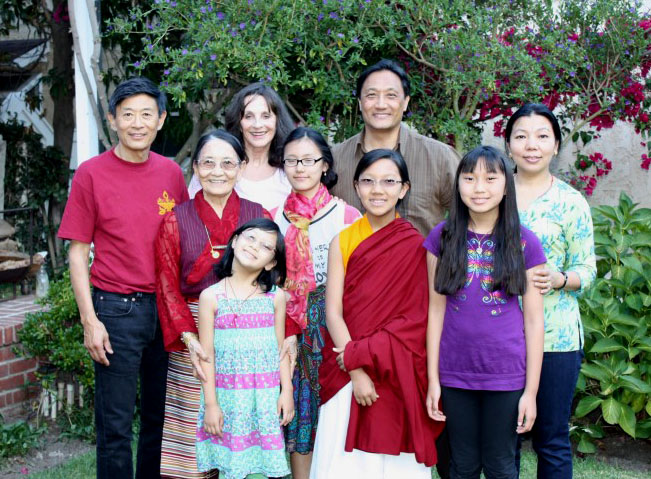 While Beth Johansen provided general support and help with day-to-day preparations, Jeaneen Bauer received the Sakya Family at the airport, drove the Sakya Family to every destination during their entire stay in sunny Southern California, and back to the airport in a large rented van which could seat 15 people. Having Beth and Jeaneen made the trip not only easy and efficient but fun and entertaining and the Sakya Family was most grateful for their many contributions and help.

As this was the first time H.E. Khöndung Asanga Vajra Rinpoche has given teachings in Southern California, those that received them have asked him to return soon to give more teachings and initiations as their faith and devotion has been strengthen due to his example, leadership and guidance, especially from someone so young in age, yet so accomplished.