On Saturday, April 6th, 2013, Sakya Monastery held its 5th annual live animal release in Anacortes.  His Holiness Dagchen Rinpoche, Dhungsey Zaya Rinpoche, Her Eminence Dagmo Kusho, and Venerable Khenpo Jampa Rinpoche presided over the ceremony in Anacortes.  Many people witnessed the miraculous and auspicious signs preceeding their arrival. Before the ceremony began, the weather in Anacortes was foreboding.  It was rainy, and cold with torrential downpours and gusts of wind threatening to make the event very uncomfortable for participants.  Just before Dagchen Rinpoche and entourage arrived, the rain and wind stopped and the skies became clear, blue, and sunny.  During the recitation of prayers, it actually became hot! 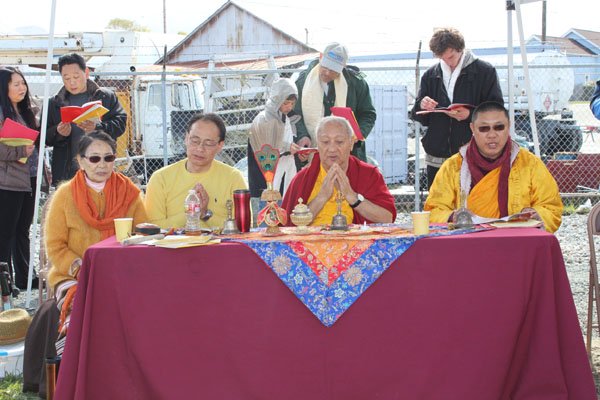 Monastery members and friends generously donated $1370.  A total of 175 Dungeness crabs were released, including 4 donated by Black Rock Seafood. This practice was begun in 2009 with Tulku Yeshi Rinpoche and I releasing 55 crabs. We are extremely happy that now more than 3 times that amount has been released. We are so blessed to have Dagchen Rinpoche, Dagmo Kusho, the Sakya Family and monastery members participate. The owner of the crab supplier, Tony Franulovich, Jr, shared with us how since he has worked with us over the past 4 years, he has seen his business grow, and considers the animal release a great blessing. 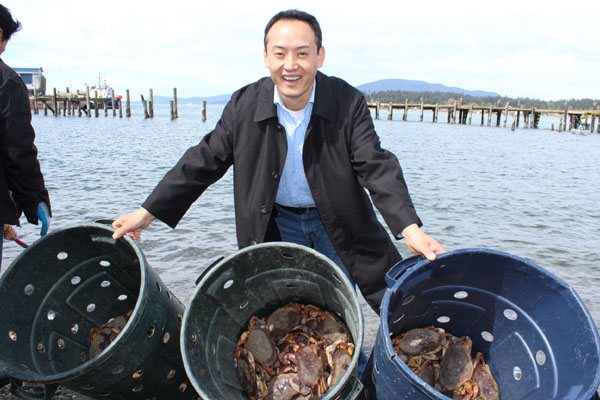 Thank you to everyone whose contributions helped save the Dungeness crabs from certain death.  Thanks to Eric Dulberg for helping to bring the tent and supplies and thanks to Trinidad for bringing his rowboat.  Thank you to our precious lamas for coming and blessing the crabs and everyone present with their presence and prayers. 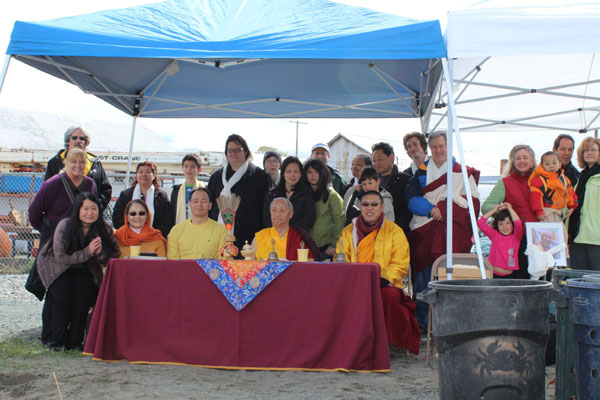