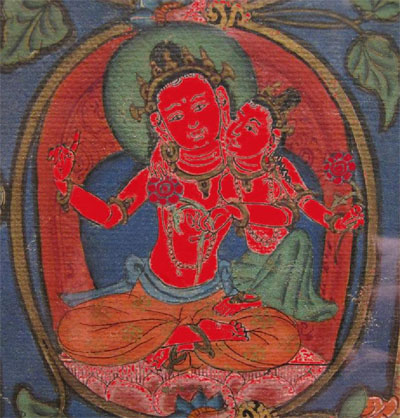 Chenrezi is the embodiment of the universal compassion of all the Buddhas. The meditation and recitation of Chenrezi is the main practice of Sakya Monastery, dedicated to the temporal and spiritual welfare of all sentient beings. Of the many sacred Chenrezi practices held within the Sakya tradition, the form known as the Lord of the Lotus Dance is a very special means to empower the accumulation of merit; to eliminate attachments; to evoke healing, wish-fulfilment, and to awaken love and compassion in our hearts.

It is a wonderful opportunity that H.E. Sakya Dungsey Avikrita Vajra Rinpoche is returning to Seattle to bestow the uncommon initiation of the Lord of the Lotus Dance for the first time. With his inimitable warmth, clarity and insight, His Eminence will also provide a detailed explanation of the background and processes of the practice in fluent English.