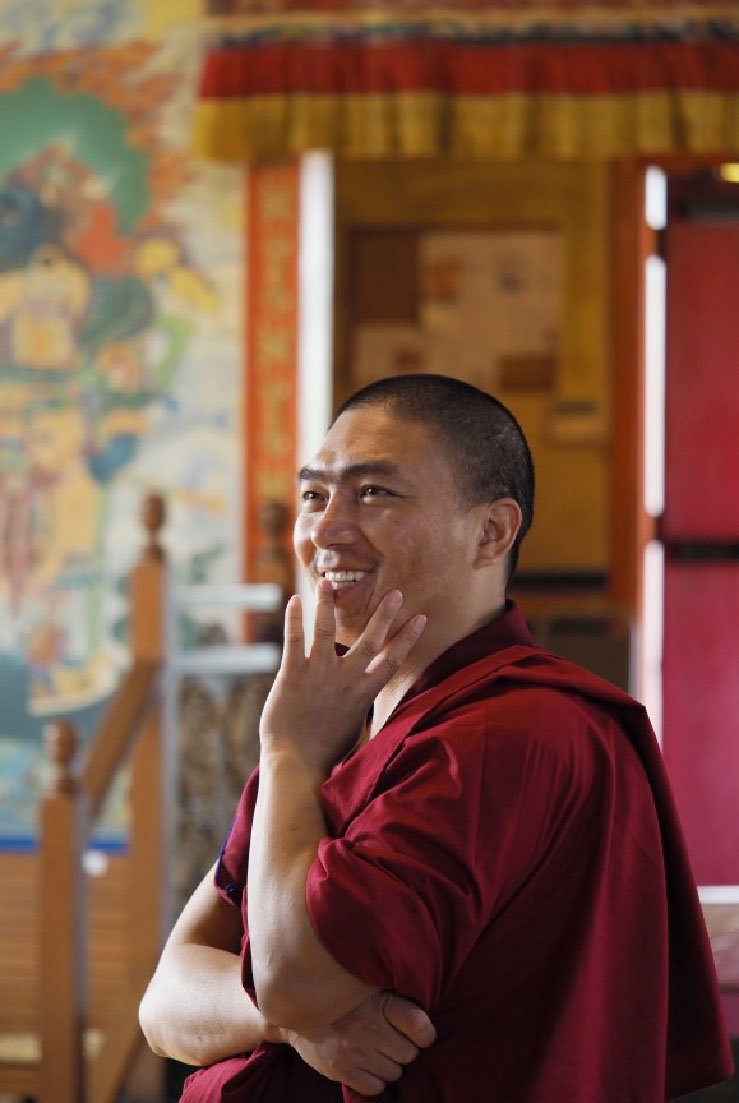 Sakya Monastery is pleased to welcome Lama Kelsang Dukpa to the sangha. He arrived in Seattle in March 2017. Lama Kelsang attended Sakya College in India where he spent many years in study, graduating in 2008. Fluent in English, Chinese and Tibetan, Lama Kelsang is a talented translator who will make the Dharma teachings accessible to Sakya devotees across the globe.

In his early twenties, Lama Kelsang entered Sakya College in Dehradhun, India where he took monastic vows. There, he studied Buddhist philosophy for about five years. During these years, he also received empowerments and teachings from H.H Dalai Lama, H.H Sakya Trizin Rinpoche, H.E Luding Khen Rinpoche, H.E Thartse Khenpo, and Khenchen Kunga Wangchok. He next went to Nepal’s Tharlam Monastery and completed a Manjushri retreat for three months. He received the Lamdre from H.H. Jidgal Dachen Dorje Chang Sakya in 2007, and also received teachings from Khenchen Appey Rinpoche and H.E Jadral Rinpoche. He was appointed as a Chinese language tutor to H.E Asanga Rinpoche, a position he held from 2008 until 2012.

Next, he went to Penor Rinpoche Buddhist Society at Pharping, Nepal where he began a three-year retreat. Before his retreat, he received the Initiation of TsaSum from H.E Talung Tsetrul Rinpoche. During his stay he received initiations, authorizations, explanations, and other teachings from Khenchen Namdrol Rinpoche. He has completed five times the requisite one-hundred thousand accumulations for the preliminary practices (Ngöndro). Lama Kelsang has also completed the preliminary and main practice of the two main approaches of the path of Luminous Great Perfection, trechod and thogal, and the ritual practices of the Longchen Nyingtik tradition.

We are very fortunate to have Lama Kelsang as our resident lama and translator. Please join us in welcoming him to Seattle!