The Complete Path, Beautiful Ornament of the Three Visions 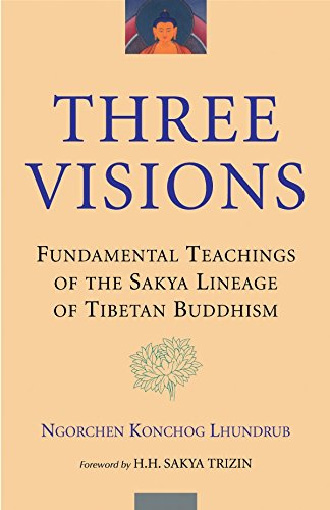 The International Buddhist Academy (IBA) in Kathmandu is running a global training program that encompasses the Buddhist path in its entirety. This unique course has been devised for Dharma practitioners of all levels of experience and is focused mainly on the theory and practice of the Vajrayana path as transmitted by the founding masters of the Sakya school of Tibetan Buddhism.

His Holiness Ratna Vajra Rinpoche, the 42nd Sakya Trizin, is teaching this full 7-year program at the International Buddhist Academy in Kathmandu. In addition, IBA has established partnerships with selected Dharma centers on different continents to offer the first three years of this program, taught by qualified Lamas and guest teachers.

To help facilitate this precious opportunity for Buddhists in the United States, H.E. Avikrita Rinpoche, Head Lama of Sakya Monastery, and H.E. Dagyum Kusho, the Acting Head Lama, have chosen to host the second year (2018) of The Complete Path at Sakya Monastery.

This is the second year of the course. Participation from the second year (2018) onward requires completion of the previous levels. At the end of each year’s course, participants will receive a certification attesting their qualification to continue the program. For more information about the 7-year program, please visit thecompletepath.com.

For questions about the program at Sakya Monastery, please email monastery@sakya.org or call 206-789-2573. To register, visit https://conta.cc/2IWhf0C or contact the monastery.

2018: The Beautiful Ornament of the Three Visions

The text for Year 2 is The Beautiful Ornament of the Three Visions by Ngorchen Khönchog Lhundrup. The Beautiful Ornament of the Three Visions, taught in preparation for the Vajrayana path, is the meditation manual for the sutra path according to the Lamdré cycle of teachings. It covers all the practices from going for refuge and bodhicitta up to the cultivation of calm abiding and special insight, culminating in a description of the qualities of enlightenment manifesting with the perfection of these practices. 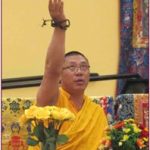 Teacher: Ven. Khenpo Jampa Rinpoche comes to us from the Dzongsar Insitute in North India, where he taught and served as library director for many years. He received his Degree of Acharya after nine years of study and graduated from Dzongsar University with a Ph.D. in philosophy. Following his 13 years of study, he was ordained an Abbott (Khenpo) in 2004 by His Holiness the Dalai Lama. He spent seventeen years studying with his main teacher, H.E. Khenchen Kunga Wangchuk. He also spent three years of silent retreat in Tibet. He has received empowerments from all four schools of Tibetan Buddhism and from many great masters including H.H. the Dalai Lama, H.H. Sakya Trizin, H.H. Dagchen Rinpoche, H.H. Karmapa, and H.E. Dzongsar Khyentse.

He is a resident Lama of Sakya Monastery in Seattle, WA, and teaches intermediate and advanced level classes on Buddhist philosophy, sutra and highest yoga tantra all over the world. He is also the founder and president of Tibetan Education Foundation, as well as the president of the International Association of Non-sectarian Tibetan Religious Traditions (IANTRT) of North America. 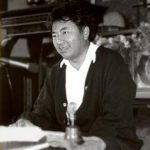 Translator: Geshe Jamyang Tsultrim received his “Loppon”, an advanced degree in Indo-Tibetan Psychological/Philosophical studies, from Sakya (Monastic) College in India after studying 10 consecutive years under the late Khenchen Appy Rinpoche. He then served as a faculty member teaching Buddhist philosophical studies for two years at the Sakya Institute, Puruwala, India. He became a close attendant/translator for the late H.E. Dezhung Rinpoche III in Nepal for several years. After arriving in USA, Jamyang was officially appointed as a resident dharma teacher in Olympia, WA by H. H. Dagchen Dorje Chang in 1988 and has been serving as a Dharma teacher for the last 29 years. He was a former Tibetan Buddhist monk for twenty years. He is also a founder of the Nalanda Institute (Center for Buddhist Studies and Meditations) in Olympia. Jamyang was a visiting faculty member teaching Sakya Pandita’s Buddhist logic and Epistemology at IBA, Nepal in 2002.

In the west, he then received his M.A. in Counseling Psychology in 1997 from Saint Martin’s University and his B.A. from The Evergreen State College in 1992 with an emphasis in Western Psychology. He has been practicing as a mental health therapist since 1990 and is a WA state licensed mental health counselor as well as works as a therapist at the Evergreen State College. He also teaches at the same college mainly East/West Psychology, Buddhist Epistemological and psychological model of mind emotion and specializes in a clinical application of mindfulness in mental health issues as well as well-being in a daily life.