Following our visit to Seattle in the winter, Avikrita Vajra Rinpoche and I, along with our parents and attendants, made a short visit to Thailand where we went on pilgrimage to holy temples and had some time for rest. 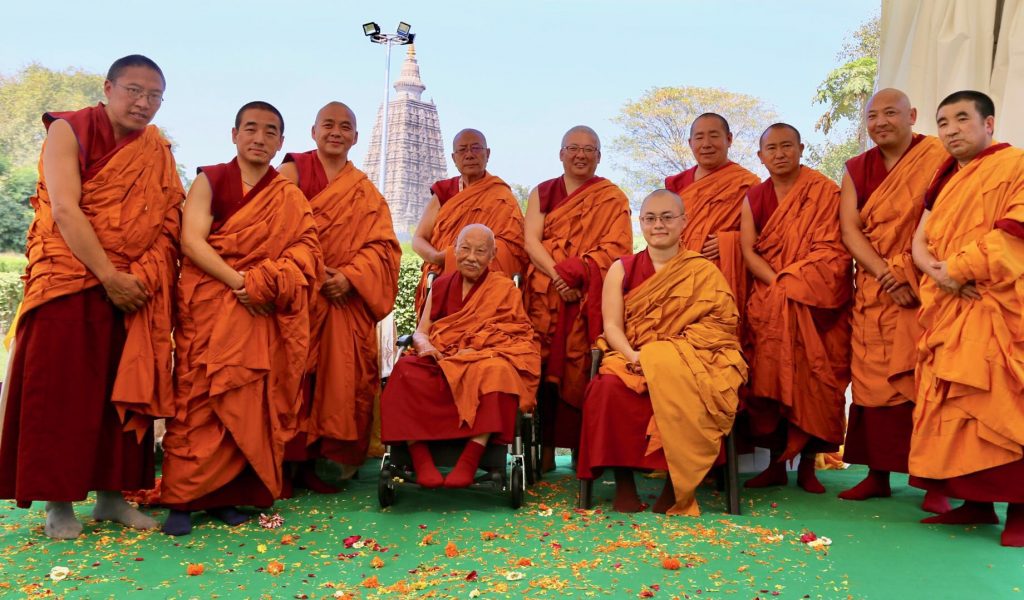 On February 20th, Avikrita Vajra Rinpoche and I joined the Khenpos and teachers of Dzongsar Institute along with Jetsun Kunga Trinley Palter on a ten-day pilgrimage in Sri Lanka led by Dzongsar Jamyang Khyenste Rinpoche. Travelling through the beautiful country on a bus, we visited numerous holy sites and temples, climbed up the staggeringly high Sri Paada (an experience I’ll never forget – or repeat), learned about Sri Lankan culture and even managed to enjoy ourselves at the beach at the end of our stay. 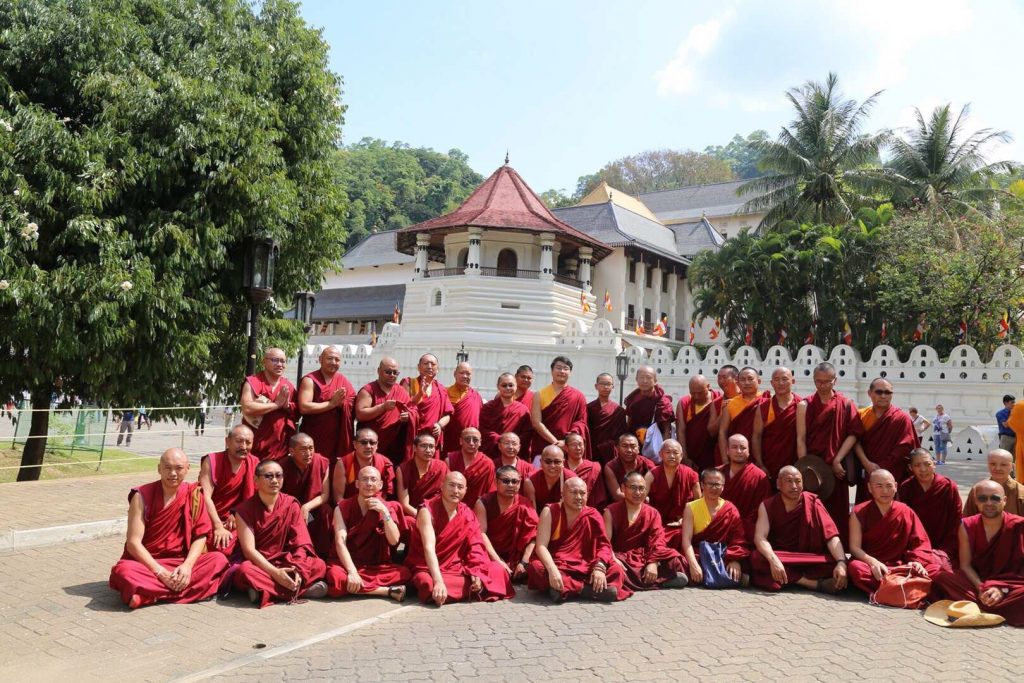 Returning back to Delhi in the beginning of March, I left early for Dzongsar Institute to take the year-end exams which were delayed last year and so took place at the beginning of this school year, while Avikrita Rinpoche travelled to Dehradun to receive the Three Wrathful Ones empowerment from His Holiness Sakya Gongma Trichen Rinpoche. After the empowerment and paying a visit to His Eminence Luding Khenchen Rinpoche as well as Jetsun Chime Luding who was there at the time, and His Eminence Asanga Vajra Rinpoche, Avikrita Rinpoche returned to Dzongsar Institute, starting his duties as class teacher of the 2nd grade by teaching Candrakirti’s Madhyamakavatara. As if that wasn’t enough work on his hands, he has also started receiving teachings on the most important Sakya commentaries on the tantras by our ancestors Lobpon Sonam Tsemo and Jetsun Drakpa Gyaltsen from Ven. Khenpo Lungrig Senge, a highly respected teacher of the Vajrayana.

On March 31st, there was the annual event that took place here at Dzongsar called the Grand Spring Rigter Dharma Activity, where all the main Sakya colleges in India come together to debate on the subject of pramana (epistemology) for two weeks, using Sakya Pandita’s Pramanayuktanidi (Treasury of Epistemology) as a source material. 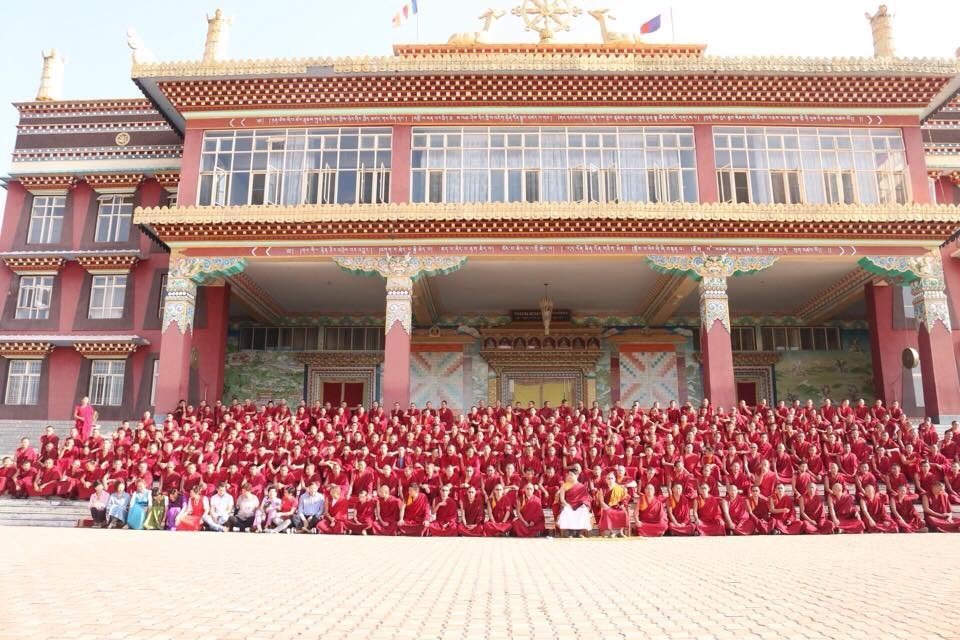 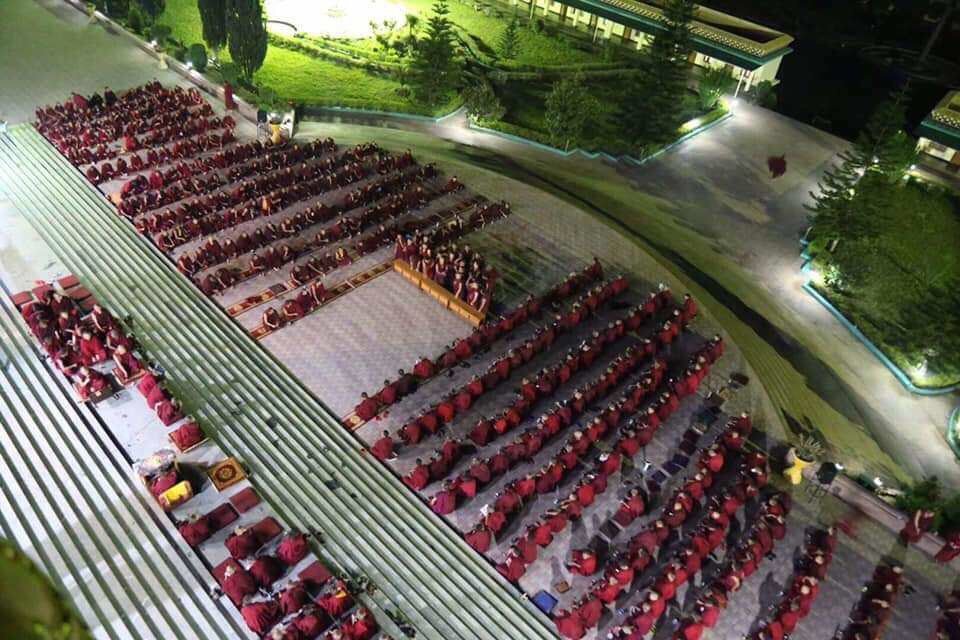 On April 3rd, Avikrita Rinpoche left for Delhi to attend the Global Launch of SEE (Social, Emotional and Ethical) Learning which was hosted by The Dalai Lama Foundation, Emory University of Atlanta Georgia and our friends at Vana Foundation. Avikrita Rinpoche was special guest of honor and was greeted warmly by His Holiness upon arrival. The conference lasted until the 6th.

Soon after the event, on April 14th, we made our annual visit to Tso Pema (Rewalsar in Himachal Pradesh) to coincide with the tenth day of the lunar calendar, which is Guru Padmasambhava’s special day of the month. Along with some Khenpos and monks from Dzongsar and other monasteries, we first went straight to Guru Rinpoche’s holy cave, hidden above the lake, where we performed the Guru Dorje Drakpa Tsal puja including tsok and the special Prayers in Seven Chapters, led by Avikrita Rinpoche himself for the clearing of obstacles and the welfare of all sentient beings. Previously we weren’t able to perform this puja properly, not having the necessary initiations, but now that Rinpoche recently bestowed the pertaining empowerment and transmissions, we were able to perform it properly according to the wish of His Holiness Jigdal Dagchen Dorje Chang who told us to revive the puja for the Phuntsok Phodrang.

The next morning, Avikrita Rinpoche bestowed the life empowerment of Princess Mandarava, one of the main consorts of Guru Rinpoche, at the Nyingma monastery next to the lake of Tso Pema to a gathering of nearly a thousand people. Before the empowerment, Rinpoche gave an extensive preliminary Dharma teaching and afterwards encouraged the people on the importance and mindset of praying for His Holiness the Dalai Lama’s long life. Rinpoche also gave everyone a copy of his new book in Tibetan, which is an anthology of prayers to recite when on pilgrimage at Tso Pema. 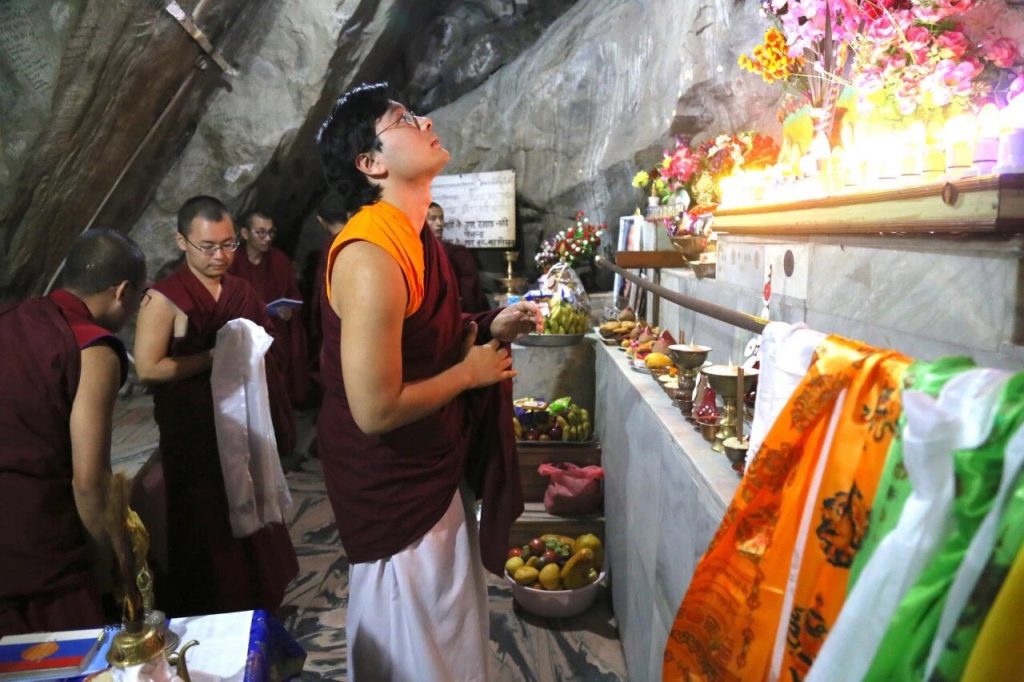 While Rinpoche was bestowing blessings on the hundreds of people after the empowerment, I managed to sneak out in the midst of all the buzz and meet up with Marici Fellowship volunteers to lead the cleanup of the park area surrounding the lake. Our team managed to thoroughly scour the park of garbage, leaving no stone unturned, with Rinpoche joining us at the end once he finished blessing everyone for one last circumambulation around the holy lake. 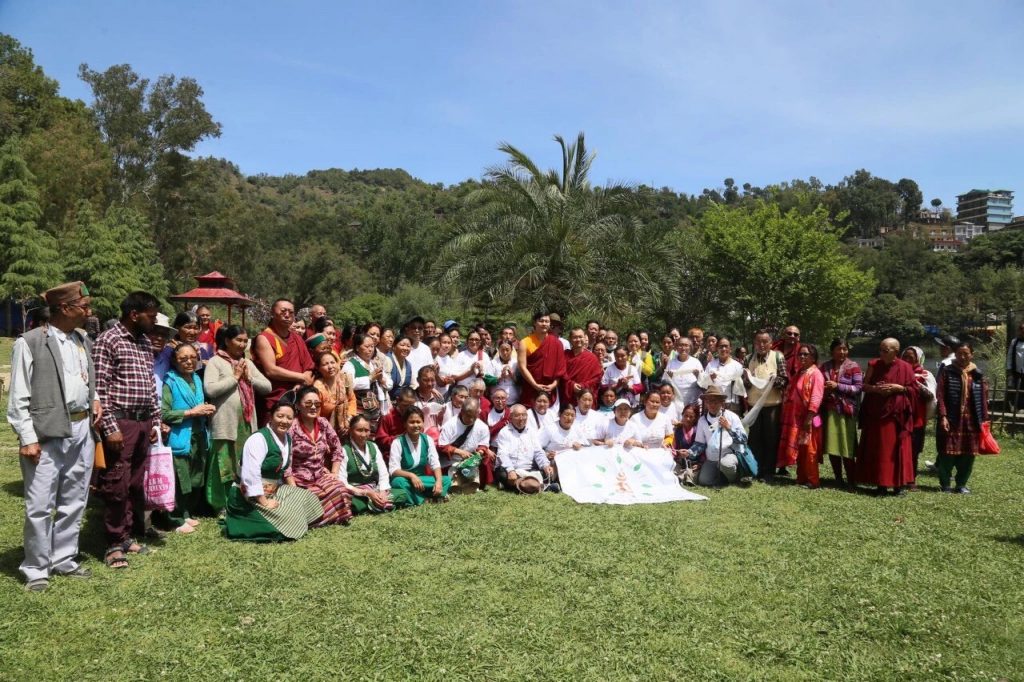 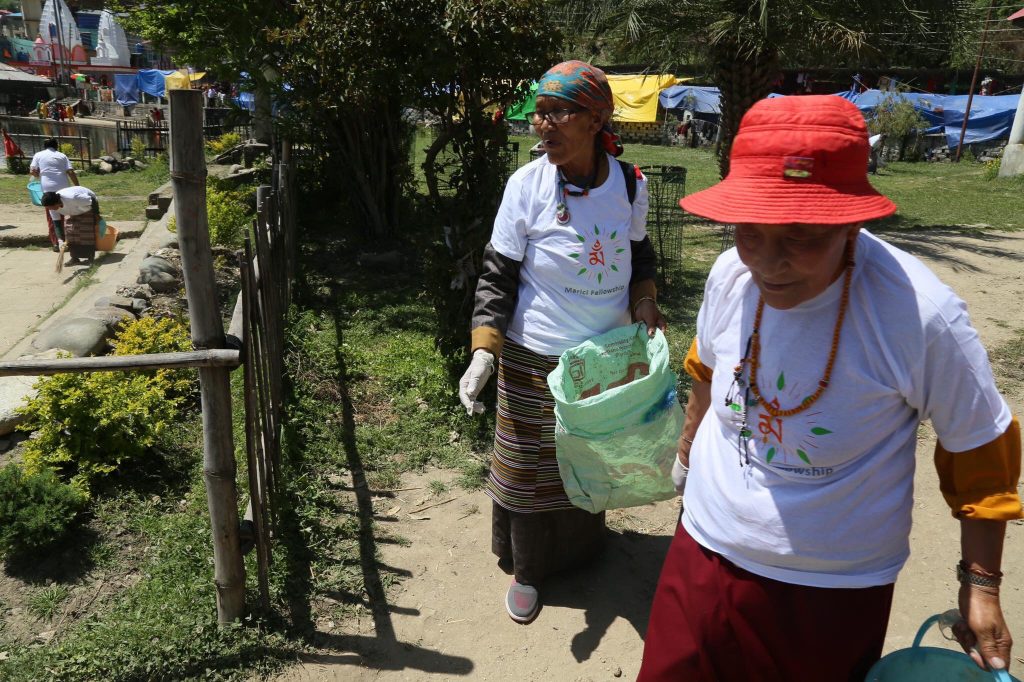 After that busy and auspicious morning, we returned immediately back to cozy Dzongsar Institute where we’ve been residing until now, spending half our time studying and the other half pretty much playing with our new puppy Kīla!