In late August of 2018, His Eminence Khöndung Asanga Vajra Sakya, Head Lama of Sakya Guru Monastery, led the 9-day Vajrakilaya sacred ritual at Sakya Guru Monastery in Ghoom, India. This elaborate and complex ancient ceremony has been taking place every year for over 1300 years. It is considered the oldest, unbroken practice of its kind within Tibetan Buddhism. 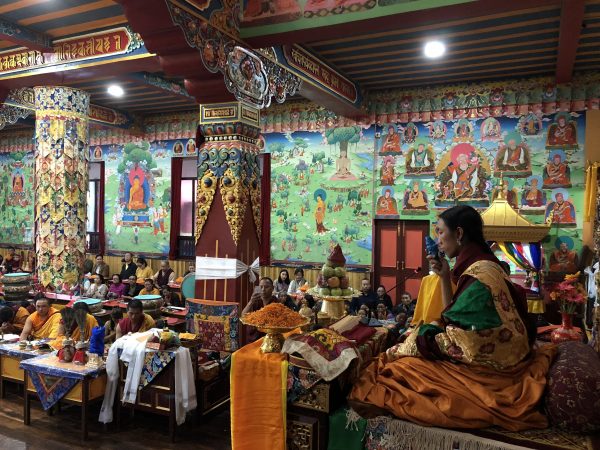 The main purpose of the Vajrakilaya ritual is to “cut” and remove any negativities or obstacles away from the Dharma, Dharma teachers, and all sentient beings.

The monastery, originally founded in 1909 by an Amdo Lama, provided accommodations to monks seeking exile in India at the request of H.H. the 41st Sakya Trichen Ngawang Kunga Palbar Trinley Samphel Wangyi Gyalpo in the 1960’s. At that time, finding accommodations for those in exile was very difficult. Because of the difficulties of livelihood at that time, the monks had to carry heavy loads and do various work activities.

Regardless of hardship, the daily prayers and pujas have not been missed for a single day since that time. The Hevajra ritual, Vajrakilaya ritual, and daily pujas such as Tara and the Dharma protectors, as well as the Tse-Chu prayer, known as Guru Rinpoche’s Jang-Ter Thug-Drup, are performed without ever being missed. 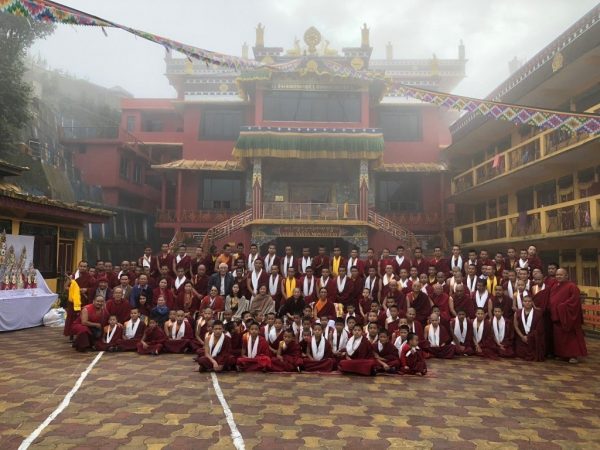 The Vajrakilaya puja began each day between 5:00 and 5:30 am and extended into the evening. Lamas and monks performed the rituals according to tradition. For one group of students, performing the ritual marked the completion of an exam. When the ritual was complete, H.E. Asanga Rinpoche took the students and the patrons to a special dinner in Darjeeling to celebrate their exam completion. 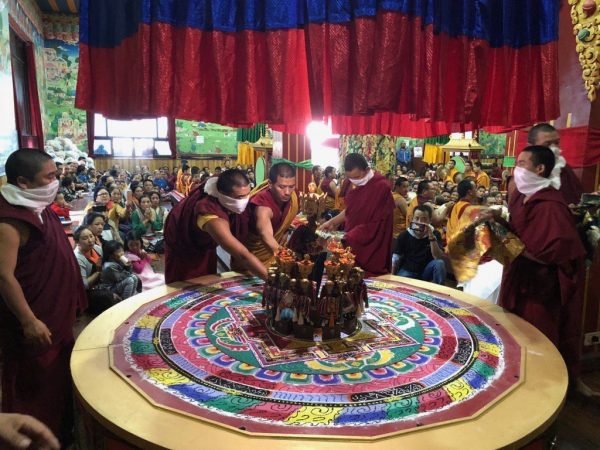 In addition to the Lamas and monks, Tho Luu and patrons from the Sakya Vietnam Center attended the 9-day ritual. Sakya family members also traveled to India to take part in the sacred ritual, including Her Eminence Dagmo Kusho Sakya, who gave a Sharing the Dharma talk about this trip, available here: https://youtu.be/8ySxUCYzq9I