On February 10-11, 2018, His Eminence Sakya Khöndung Avikrita Vajra Rinpoche bestowed the Bodhisattva vow and four initiations for the deities associated with the Four Awakening Activities.  These activities are: pacifying, enriching, magnetizing and eliminating. The deity practices to accomplish these activities are, respectively:  Golden Parnashavari, Vasudhara, White Kurukulle, and Black Tara. The Four Awakening Activities help to focus practitioners on cultivating bodhicitta, the wish to become enlightened in order to relieve the suffering of all sentient beings.

H.E. Avikrita Rinpoche began with a review of the preliminary practices (Ngöndro) and the importance of motivation when performing any practice.  Our motivation should stem from acknowledging the truth of suffering, cultivating the path to its cessation, and practicing the path not just for oneself but to free all sentient beings from suffering. Avikrita Rinpoche recommended two books that can help inspire us on the path: “Vast as Heaven, Deep as the Sea” and “Entering the Bodhisattva’s Way of Life.”

On Saturday, February 10, Avikrita Rinpoche bestowed the Golden Pashnavari and Vasudhara initiations.  Golden Pashnavari promotes healing, or pacifying, which is the first of the Four Awakening Activities.  Healing allows bodhicitta to increase by freeing us from the two-fold conditioning:  karma and afflictions.  Vasudhara is a wealth deity who helps us to accomplish the second of the Four Awakening Activities:  enrichment.  When we have the resources we need, we can practice the Dharma and we can practice generosity.  Avikrita Rinpoche bestowed the uncommon Vasudhara initiation. 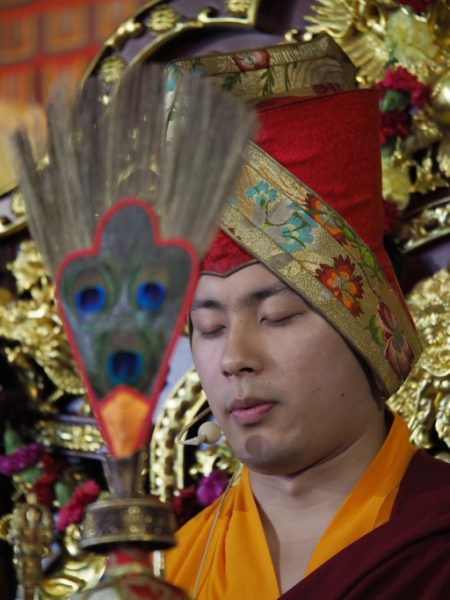 On Sunday, February 11, Avikrita Rinpoche bestowed the White Kurukulle and Black Tara initiations.  Kurukulle magnetizes disciples to the Dharma.  Black Tara removes obstacles on the path.  The four qualities of magnetizing are:  giving, pleasant speech, acting in accordance with the customs of others, and acting in accordance with the teachings of the Dharma.

Black Tara is effective for accomplishing the fourth of the Four Awakening Activities:  eliminating obstacles. Avikrita Rinpoche explained that in general Tara is a beloved and effective yidam.  This form of Tara is special to the Sakya tradition and nowadays has become quite rare.  The great Sakyapa translator, Bari Lotsawa, brought this practice to Tibet from India in the 11th century.  Black Tara was one of the favorite deities of the Sakya Founders.  Later, Black Tara appeared in a pure vision of Sakya Pandita.  According to Sakya Pandita, Black Tara arouses the wisdom of actualizing reality.

Avikrita Rinpoche explained the meaning of “eliminating.”  In Sanskrit it is literally translated as “to murder an obstacle.”  In Tibetan the word “bTsan-po” means “strong” or anything that opposes. It also means to subdue or repel an obstacle.  In Vajrayana Buddhism, any wrathful deity practice serves to clear the obstacles to cultivating and increasing bodhicitta.

The benefit of Black Tara practice is that we will become just like Manjushri: that through study, contemplation, and meditation our wisdom increases.  As Sakya Pandita illustrates in his text, “Elucidation of the Sage’s Intent,” wisdom surpasses all of the rest of the six perfections.  Black Tara helps to root out the stress of misknowing.  According to Avikrita Rinpoche, “When we understand dependent arising (emptiness), samsara can no longer function.  That is freedom.”

Avikrita Rinpoche concluded the teaching as it began, with emphasizing the importance of the preliminaries and of bodhicitta as our motivation for engaging in any practice.  He said, “If we exert ourselves in the preliminaries then we know when we have a break-through because the deities appear without even trying.”  This is the result of bodhicitta. Referring to every Dharma practice, Avikrita Rinpoche said, “Bodhicitta in the beginning, middle and end.” 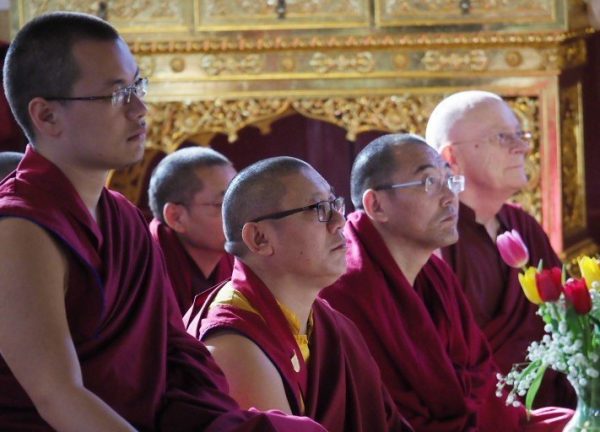