Ven. Khenpo Jamyang Chopal Teaches on the Three Turnings of the Wheel of Dharma

On January 18-19, 2019, students gathered at Sakya Monastery to receive the very auspicious teaching on the Three Turnings of the Wheel of Dharma given by Khenpo Jamyang Chopal on his first visit to Seattle. 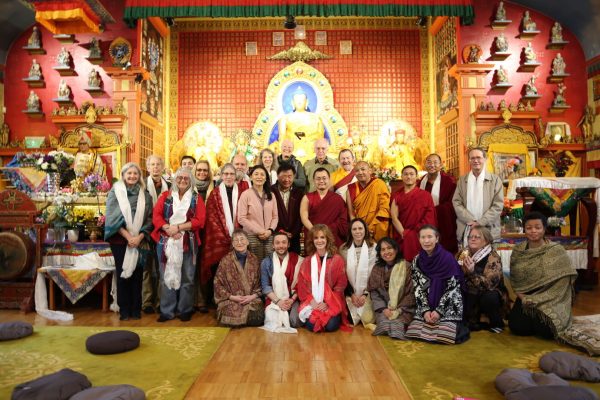 Venerable Khenpo Jamyang Chopal joined the Dzongsar Khyentse Chokyi Lodro Institute, India in 1999. Under the guidance of the late respected Khenchen Kunga Wangchuk and other prominent masters, he studied the five volumes: 1) logic, 2) madhyamika, 3) prajnaparamita 4) abhidharma-kosha, 5) vinaya (monastic discipline). In 2002, 2005 and 2007, he successfully obtained his Madyama, Shastra and Masters degrees respectively. In 2013, he received the certificate of Khenpo (Doctor of philosophy) from H.E. Khyentse Dzongsar Jamyang Norbu. In 2015, due to his knowledge and position, he was appointed as a special Instructor for H.E Sakya Khöndung Abhaya Vajra Rinpoche and currently remains as his Personal Tutor while simultaneously, also teaching at the Institute.

Khenpo Jamyang began his teaching by expressing his joy and enthusiasm for the opportunity to teach at Sakya Monastery before a western audience for the first time. He conveyed his gratitude and kind greetings to H.E. Avikrita Rinpoche, H.E. Abhaya Rinpoche, H.E. Dagmo Kusho, Dagmo Lhanze, and the audience who share a connection directly or indirectly with H.H. Jigdal Dagchen Sakya Rinpoche and Kyabgon Rinpoche (H.H. Sakya Trichen Rinpoche). Khenpo Jamyang also thanked the translator, Geshe Jamyang Tsultrim, who is himself a learned and accomplished teacher. END_OF_DOCUMENT_TOKEN_TO_BE_REPLACED 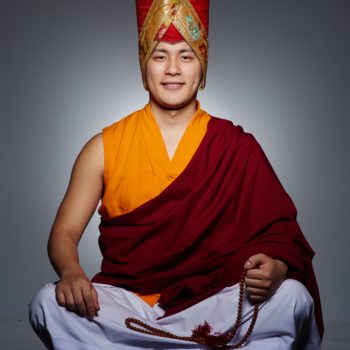 Online registration is now closed. Seats are still available so you may register at the door.
To register online visit: https://conta.cc/2NrM5T0

Through the meditation on Chenrezi (Avalokiteshvara), one develops loving kindness, compassion, and bodhicitta. Buddha taught that “love” is the wish for all beings to experience happiness, that “compassion” is the aspiration that they be free from all suffering, and that “bodhicitta” is the mind dedicated to attaining enlightenment for the benefit for all beings. END_OF_DOCUMENT_TOKEN_TO_BE_REPLACED 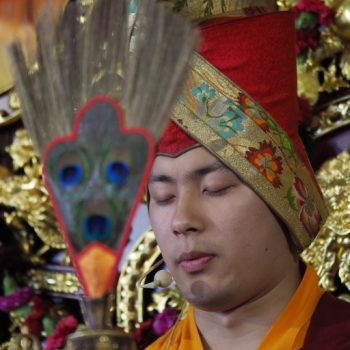 Online registration is now closed. Seats are still available so you may register at the door.
To register online visit: https://conta.cc/30mjpAb

The Vajrapani, known as Chagna Dorje in Tibetan, represents the power of the Buddha and the energy of the enlightened mind. He is one of the triad of Bodhisattva protectors (Sk: Trikulanatha, Tibetan: rigsum gonpo) consisting of Manjushri, Chenrezig, and Vajrapani. Vajrapani protects the practitioner from harm and removes the obstacles in their path with the thunderbolt held in his right hand. He is depicted in wrathful form and he is alternatively known as the Lord of Secrets and the Demon Subduer. The Vajrapani practice helps us to focus our life energy towards the goal of attaining enlightenment. END_OF_DOCUMENT_TOKEN_TO_BE_REPLACED 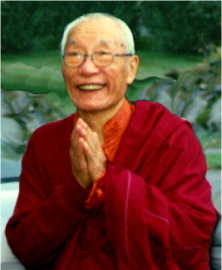 Today we have sad news to share. On Monday, December 30, 2019 His Eminence Kyabje Garje Khamtrul Rinpoche passed into parinirvana. Since his passing, Rinpoche remained in thukdam meditative state for twelve days at his residence at the Chime Gatsal Ling Monastery in Dharamsala, India. Rinpoche finally emerged from thukdam on January 10th on the auspicious 15th day of the 11th Lunar month. The Sakya Monastery and the Sakya Phuntsok Phodrang family would like to invite everyone to join us in prayers for His Eminence’s spiritual journey into enlightenment and swift rebirth for the benefit of all sentient beings.

His Eminence Khamtrul Rinpoche had a very special dharma connection with His Holiness Jigdal Dagchen Dorjechang Rinpoche and was the maternal grandfather of His Eminence Khondung Asanga Vajra Rinpoche and the father of Dagmo Chimey. He was a highly realized Nyingmapa Dzogchen master who devoted his entire life to activities that reflected the Buddha’s teachings and benefitted the Tibetan community as well as all sentient beings.

On Monday, January 20th, which coincides with the third week of Khamtrul Rinpoche’s passing, Sakya Monastery will hold an all-day memorial service. From 10am-12pm will be Chenrezi practice, and from 2pm-4pm the Seven Line Guru Lamchod feast offering and puja. It is appropriate to bring a food offering for the tsok to be distributed. Lunch will be provided by Sakya Monastery and the Phuntsok Phodrang. 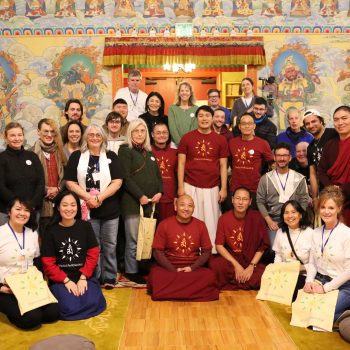 Join us for 2 days of putting COMPASSION into ACTION

If you would like to volunteer and share the experience of putting your compassion into action, sign up Here
for Donation information Here
Or Email info@marici-fellowship.org 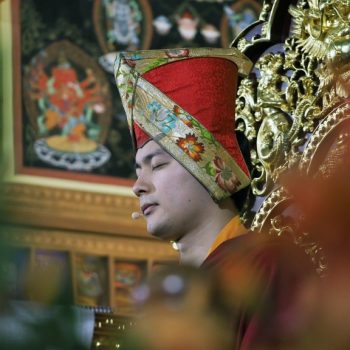 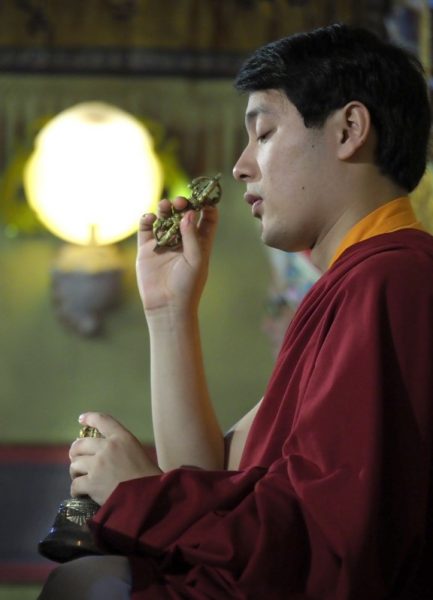 On February 2nd 2019, H.E. Khöndung Avikrita Vajra Rinpoche bestowed the Maitreya initiation from the lineage of the Indian master Asanga’s pure vision. Rinpoche described Maitreya as the bodhisattva who made the determination to realize the Dharma and keep it relevant for our future. Lord Buddha Shakyamuni prophesized that Maitreya will be the future Buddha, abiding in the Tushita Heaven until the Dharma has faded from our world. Maitreya will then ascend to the World of Endurance to teach the Dharma.

The initiation that Rinpoche bestowed was intended to awaken the Maitreya within us. Reciting the Majestic Aspiration of Maitreya, Rinpoche explained, is a way to bring all the factors of the Mahayana to the forefront of our minds so, by reciting Maitreya’s words, which include the entire Mahayana Path, we will attain bodhi. END_OF_DOCUMENT_TOKEN_TO_BE_REPLACED